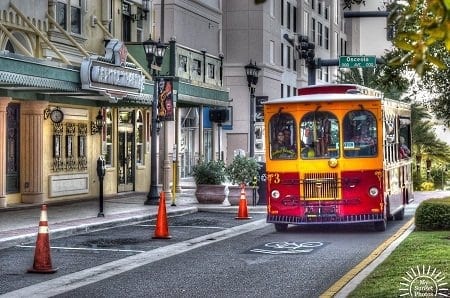 It is nearly 3 years since the construction of ‘SkyView’-a 10-floor condominium in the hub of Clearwater’s city center started. However, the original construction plan was considerably modified and redrafted in order to conform to the refined tastes of a celebrity client-Tom Cruise. The initial plan was to build 51 units, each containing two bedrooms but construction contractors’ submitted documentation at the Clearwater Municipality requesting permission for converting the top 3 stories into a luxurious penthouse.

The altered plan to construct a penthouse which was placed before the municipality on September 9, 2016, would house a loft, 4 bedrooms, game room, garden, swimming pool, theater, and a gym. The application also requested the municipality to grant the contractors permission for building a personal garage on the 2nd story along with an exclusive car elevator that’s open in front of a hallway. The passageway would extend all the way up to a penthouse annex featuring a flight simulator, sports equipment storeroom, and an office.

Municipal planners are reviewing whether to give permission to contractors to start constructing the penthouse valued at $3 million. Once permission is granted, the SkyView condominium complex situated at 400 Cleveland St bang opposite to Capitol Theater, and lying vacant for long will have a total of 42 units instead of the 51 originally planned. The modifications in the construction plan have yet again stoked up a long-established rumor in Clearwater.

The projected building of a penthouse has fuelled speculations that Tom Cruise, a prominent Hollywood actor and an active associate of the ‘Church of Scientology’ is intending to settle down close to the network’s international headquarters. It was Tony Ortega, an inveterate blogger regularly posting content criticizing Scientology who revealed in one of his blogs that the top floors of SkyView were being refurbished for Tom Cruise. Mainstream news media including the ‘New York Post’ and ‘British Daily Mail’ were quick to pick up on this interesting account and quickly turned it into a scoop.

Real estate developer Moises Agami, who hails from Mexico City and is a prominent Scientology member on being contacted via phone this Monday, refrained from making any comments regarding the revised construction schedule. Nor did he reply to email queries relating to Tom’s alleged interests in the project. Nevertheless, he went on record by replying that the construction of the condo will be complete by 2017.

Moises further added that each of the apartments in the building complex will have 2-5 bedrooms with ceilings going up to 10 foot. The first floor of the condo will be reserved for fashionable retail stores and high-end restaurants. Clearwater mayor, George Cretekos, as well as City Manager Bill Horne, admitted that they were aware of the assertions regarding Cruise but were unable to substantiate the linkage.

The mayor was optimistic about the supposed connection and was of the opinion that if Tom ended up moving into the penthouse it’d go a long way in speeding up the business district’s revival efforts. Cretekos strongly believed that Cruise who was a popular and instantly recognizable celebrity might be interested in investing in downtown commercial projects. Alternatively, he could influence and encourage high-profile developers and businessmen to take up retail projects in Clearwater.

The contractor entrusted with developing the SkyView, Wichman Construction (based in Tampa Bay) and agents of Gomez, the architectural agency associated with the condo declined to reply to queries revolving around the expected date by when construction would be complete. Incidentally, the original completion deadline was mid-2014 which got postponed until January 2016 but even that time limit received another extension. Dana Root, an assistant building officer remarked that even Clearwater municipality didn’t have any idea about when the construction of the condo would be over.

One can easily make out that the complex is under construction as the scaffolding and the TMT bars are clearly visible. The site where the SkyView is coming up used to be the address of AmSouth Bank which was built in 1965. The site lay idle for many years and then Moises burst upon the scene in 2012 with a proposal to construct the condominium. Prior to Agami‘s launching of the SkyView project, the edifice used to be a part of associate Mexican developer and Scientologist, Elias Jafif. Jafif plans to regenerate the downtown with his ambitious $200 million plan never materialized.